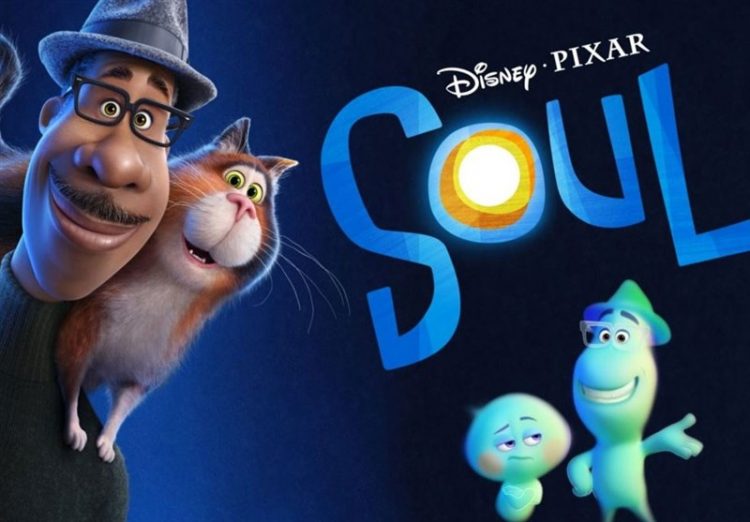 First of all, it must be said that this animation has well depicted the dimensions of human existential anxiety. It deals with death, loneliness, the meaninglessness of life, and freedom in different moments. While, it has paid more attention to the crisis of life’s meaning.

It has a dual view of ecstasy. Ecstasy is both a bridge between materialism and spirituality, and a means for deepening life. Art and music, sports, love and the like are tools to create ecstasy. The song is just an opportunity to express yourself. Spark, is a moment to deepen life, and in general a starting point for producing meaning in life. A life that has no meaning in itself.

The girl who is immersed in the music class for a moment at the beginning of the animation is ridiculed by the others. In the first half of the film, Joe Gardner seeks for find the key to these ecstasies as an approach to getting out of boring routine of everyday life. But in the second half of the film, he is not so convinced. It goes beyond that and seeks deeper meanings for life. It seems that these ecstasies are just a momentary relief for the pain caused by this life.

Soul No. 22, which has associated with the greats of history, has reached a level of rationality that does not want life. At first, he thinks the disadvantages of life outweigh the pleasures. He does not want to be born. Art, politics, knowledge, wealth and technology cannot convince him and it is meaningless to him. Even when he enters the world he says it is worse here than I thought; noisy and bright. But with the first food he eats, he becomes a little interested in life. Joe and Spirit No. 22 have interesting interactions. In the hairdressing sequence, the spirit number 22 in the body of Joe says things that are contrary to Joe’s previous practice and attracts the surprise, attention and interest of others. This change in Joe’s personality is a break in the “goal-oriented” structure and mechanical life.

Two groups are separated from life, those who are in ecstasy and have found the spark of their life, and the other is wandering spirits who are addicted to something and have rejected life. If pleasure becomes addiction, it cuts off one’s connection with life. Those who are overwhelmed by buying stocks and trading lose their lives. Because they cannot overcome anxiety.

Joe says this is not about my job, it is about the meaning of my life. He asks the question “what next” on everything in life. Everything in life is an introduction to something else; except of the meaning one must find for his (her) life; Which makes him happy. In the end, things that make sense to him are pizza, tree leaves, spools, cakes, subway tickets and candy. Trivial things, “little things in life.”

The beautiful allegory of fish and ocean is the climax of the film, which emphasizes the present moment and recognition of life now. The young fish is looking for an ocean of lofty goals and big and bright dreams. While he forgets that life is the same water in which he is and is in direct contact with his skin. Real and genuine life is in direct contact with our skin. Sparks are not the target. Rather, it is the beginning and the milestones for finding the true life. Joe finds life in the aimless dance of the leaves of a tree. This moment is Sohrabian[1] moment in the movie.

The highlight of the film is that it does not get caught up in Hollywood stereotypes, racism and sexism. The first character in the film is a black man. In the film, there is not even a hint of her skin color (except for a minor case) very well. It is racist to refer to skin color in texts that are not intended to combat racism. But in this film, this issue is well considered. The situation is similar for other minorities. A veiled girl is seen among the students of the music class. The main faces and sub-roles in this animation are very commonly a variety of different minorities, and it can be said that minorities have been treated so well in few films. The usual stereotypical beauties have been avoided in faces and bodies make-up. Stereotypes that foolishly confine beauty to slimming, blonde hair, whiteness, height, and the like.

Apart from the above, the main target of this animation is the daily and monotonous modern life of today’s world. A person who, even in the heart of New York, the most modern city in the world, which is the ultimate of modern human aspirations, cannot taste the peace and happiness. At the crossroads of helplessness, he is a slave to the new economy, and like a metamorphosed clown, he turns the billboard of the store by hand and cannot be himself for even a minute. Depression has overshadowed him so much that he just wants to find an opportunity to meditate in his subconscious and perhaps be able to help billions of other wandering souls in the modern world. He often asks himself the question: “Is life worth living?” The main characters eventually realize that life is not about achieving goals. Rather, life should be lived in its simplest form. This good animation can be considered a Nietzschean film.